At this address in Los Angeles, there is a big wall. It keeps getting tagged, cleaned, and tagged again.The last graffiti on it is probably from Banksy and announces the Oscar ceremony on February 27th, 2011. 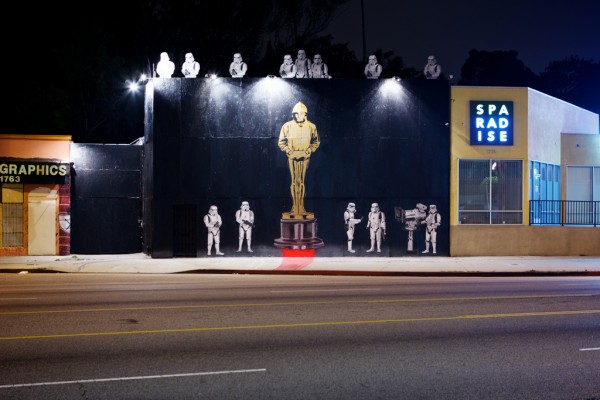 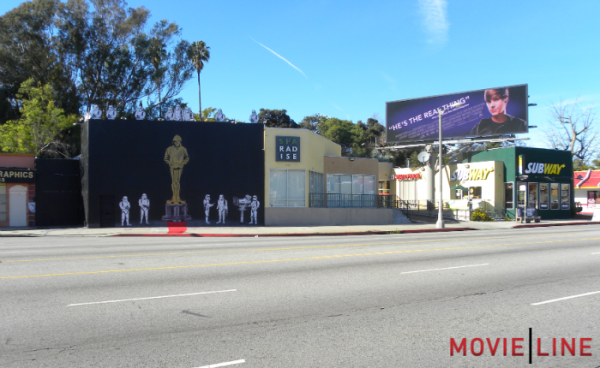 Today (February, 8th 2011) on Google Maps, we can see another graffiti, still in a Banksy-style somehow. 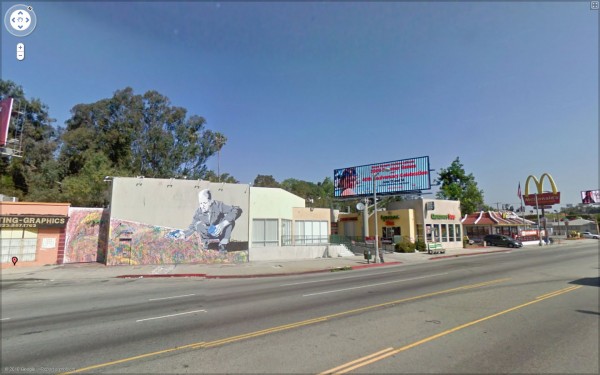 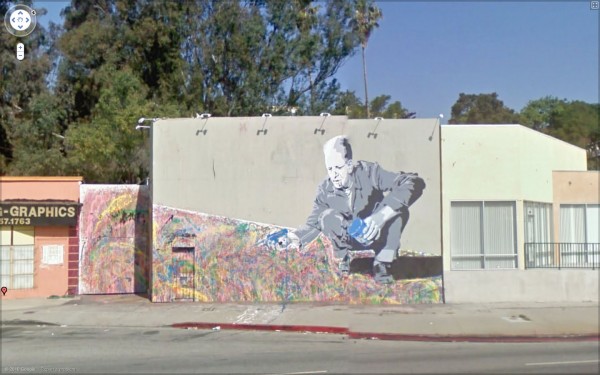 Also inspired by the Oscars, a picture of Marion Cotillard was drawn in March 2008 after the Oscars ceremony. 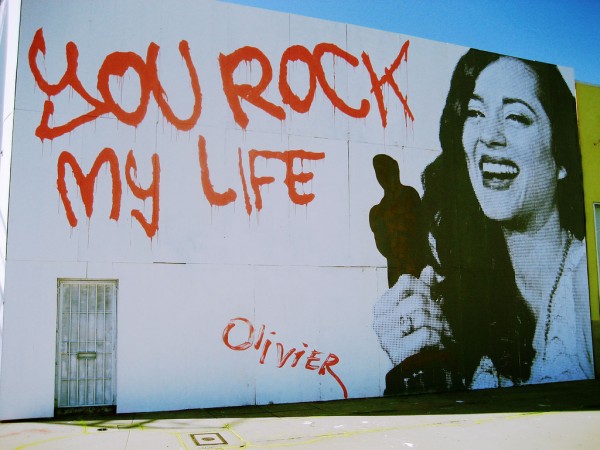 Photo by osmany rodriguez via laist.com

Not so much time before another graffiti was there, representing an “older” star. 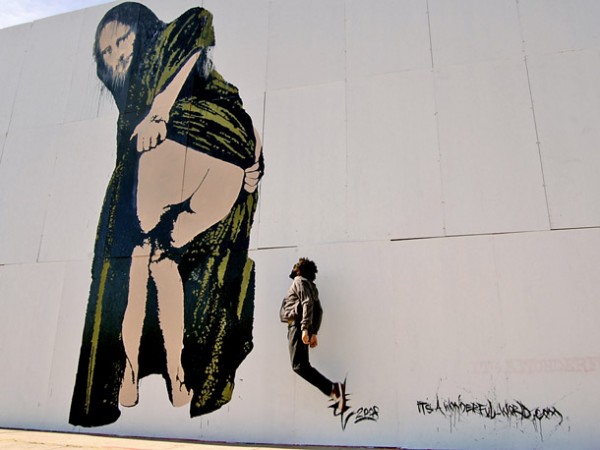 A couple of years ago a famous French figure occupied the wall : Mr A., aka André. 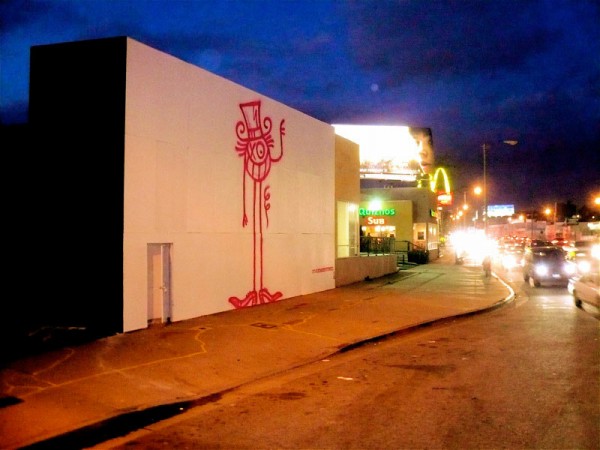 We started with Banksy and end up with the monster he created Mr Brainwash, aka M-BW (according to his documentary Exit Through the Gift Shop). 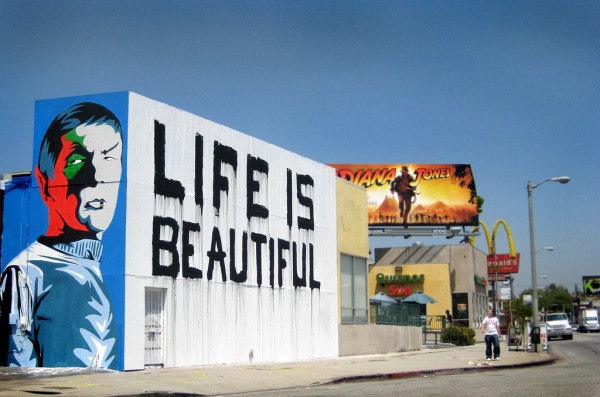 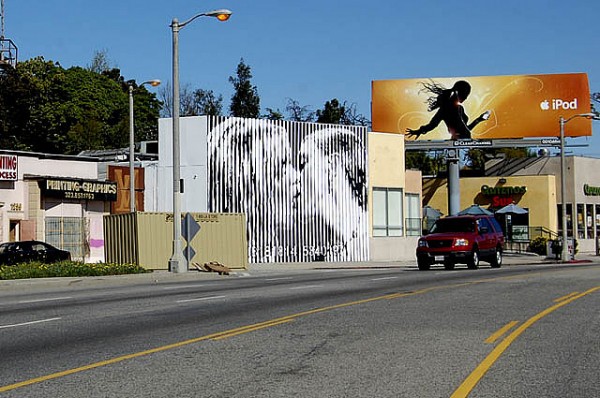